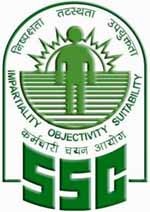 The official authorities had released SSC Stenographer Recruitment for Group C and for Group D there are 50 and 1014 vacancies respectively making it 1064 vacancies in total. Now it is releasing SSC Stenographer Admit card 2015. Candidates should download the admit card according to the group they chose. The SSC Stenographer exam date is on the 27th of December. The admit card is not provided on the official website, you have to download it according to your region. Below we will give you region wise websites and you must check it according to your region and then download from the website. The admit card is yet to be released on the regional websites well. Once the authorities publish it we will let you know.