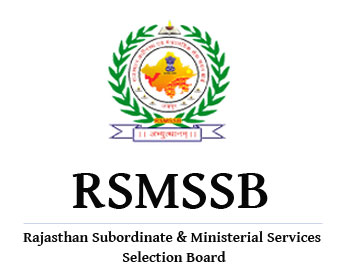 Rajasthan Subordinate and Ministerial Service Selection Board established under the Article 309 by The Constitution of India. The role of the Board is essentially that of making recommendations of candidates for direct recruitment in respect of posts carrying grade pay Rs 3600/- and less than Rs. 3600/- and has been incorporated with the purpose of recruiting capable, competent, highly skilled individuals by conducting written tests, professional tests and personal interviews wherever as desired according to relevant recruitment rules. The Board shall be committed to develop selection and recruitment procedures that confirm to the global standards in testing, and promise selections by all fair means, of the most competent, capable, and skilled individuals for user departments. The Chairperson of the board is R.K.Meena.

The officials recently released RSMSSB Recruitment 2015 for the post of Women Superior 2015 for 132 vacancies. The examination will be an objective type with a duration of 3 hours and is conducted for 200 marks based on Hindi, English, Mathematics and General Knowledge topics. More importance is given to General Knowledge subject. RSMSSB supervisor examination date is on November 29th, 2015. So candidates are requested to download the admit card at least two days before the exam. The RSMSSB Supervisor Admit Card 2015 will release soon on the official website and we shall update you as soon as possible.